Pope Francis: It is better to be an atheist than hypocritical Catholic

Pope Francis has said it is better to be an atheist than one of many hypocritical Catholics he said lead a double life.

"There are those who say 'I am very Catholic, I always go to Mass, I belong to this and that association'," the leader of the 1.2 billion-member Roman Catholic Church said, according to a Vatican Radio transcript.

RELATED: Pope Francis: Atheists can be welcome in Heaven

Pope Francis said, some of these hypocritical people should also say: "'my life is not Christian, I don't pay my employees proper salaries, I exploit people, I do dirty business, I launder money, [I lead] a double life'."

"There are many Catholics who are like this and they cause scandal," he said. "How many times have we all heard people say 'if that person is a Catholic, it is better to be an atheist'."

Pope Francis does not know that we have our morality, our values. God is not a single source of morality. Most atheists are excellent people, though they do not believe in God. And I think they are so good because they do not believe in God. It is difficult to think that God exists and that he is always so neutral, always so relentless. Where is God when so many people are so poor, hopeless, sick, people die, where is God??? If God is so good and if he can do everything, why do people die? If you think that God is good and you believe that this "good," omnipotent person remains neutral when people are poor, sick and die, what does the word "good" mean in your opinion? We atheists have other notions about "good" and "bad." 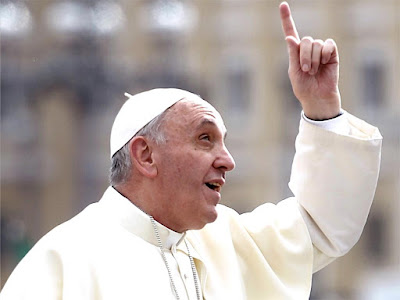 In Iran (almost) all women are persecuted. And hijab is for me a symbol of this horrible persecution. For me hijab is a symbol of misogyny. No one has to have hijab. Nobody has to hide his face and his hair behind hijab. What the Swedish government has done is not political correctness. This is the biggest insult against all women who are fighting for their rights in Iran and who are often brutally murdered. These Swedish women may have business interests in Iran. This eastern country has a lot of oil and natural gas. And Sweden wants to get this wealth. 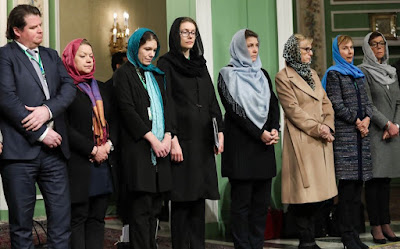 Sweden’s 'first feminist government' in Iran. Image via YOU TUBE 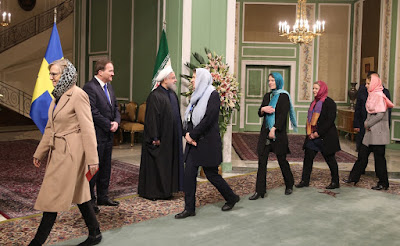 Sweden’s 'first feminist government' in action. Image via YOU TUBE

“If Sweden really cares about human rights, they should not be empowering a regime that brutalizes its own citizens while carrying out genocide in Syria; and if they care about women’s rights, then the female ministers never should have gone to misogynistic Iran in the first place,” said UN Watch executive director Hillel Neuer.

“They go to my country,” said Aliinejad recently in the European Parliament, “and they ignore millions of those women who send their photos to me and put themselves in danger to be heard. And [the European politicians] keep their smile, and wearing hijab, and saying this is a ‘cultural issue’—which is wrong.”


Nobody is perfect, but nobody has to be stupid, greedy and indifferent.

Pope Francis: Atheists can be welcome in Heaven

I'm an atheist and of course, I don't think that paradise and hell exist. I don't believe in god. But I think these words are good. Catholicism is very widespread in all the world. Many developing countries are Catholic. In the past, majority of the population was very aggressive in these countries and the victims of this aggression were atheists who had "no chance" to be "welcome" in paradise. Probably, these words of Pope Francis have improved their life. Pope Francis isn't always progressive, but these words were courageous and very useful. The atheists can be more rarely prosecuted after this speech. And I think this is really very good.

"You ask me if the God of the Christians forgives those who don’t believe and who don’t seek the faith. I start by saying – and this is the fundamental thing – that God’s mercy has no limits if you go to him with a sincere and contrite heart. The issue for those who do not believe in God is to obey their conscience. Sin, even for those who have no faith, exists when people disobey their conscience.” (Source: La Repubblica, 11 September, 2013) 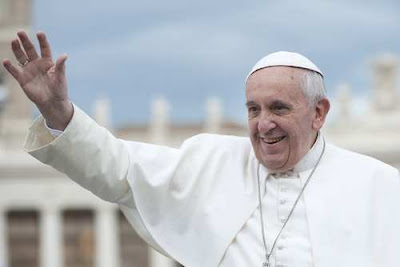 Pope Francis. Image via YOU TUBE

The absolutely unbelievable blue city that came out of a dream

In the north of Morocco, there is a small town called Chefchaouen. This unbelievable place can be called a ’blue dream,’ since the old part of it is filled with buildings painted in all shades of blue — from light blue to aquamarine.

This beautiful coloring was introduced by Jewish refugees, who believed that the more you look at anything blue, the more often you think about afterlife.

These Jewish refugees were not fanatics. They were freethinkers, agnostics, and atheists. They had poetic ideas about life after death.

This is a long-standing tradition in Chefchaouen; All buildings are painted blue, although these Jewish refugees are no longer alive. But there is no fanaticism in this beautiful city. Chefchaouen lives very quietly.

This small city proves that when humanity will survive, only with the help of poetry and cultural exchange. 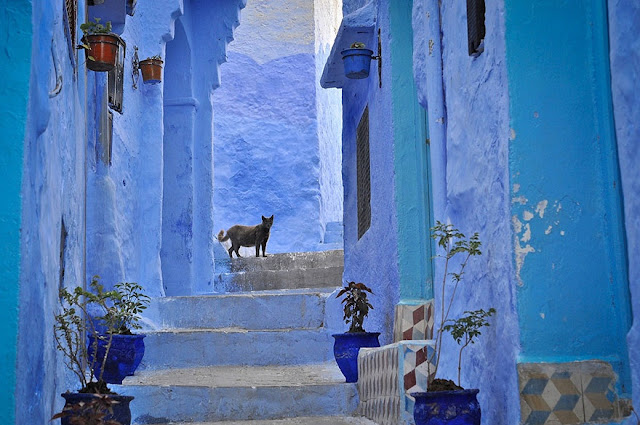 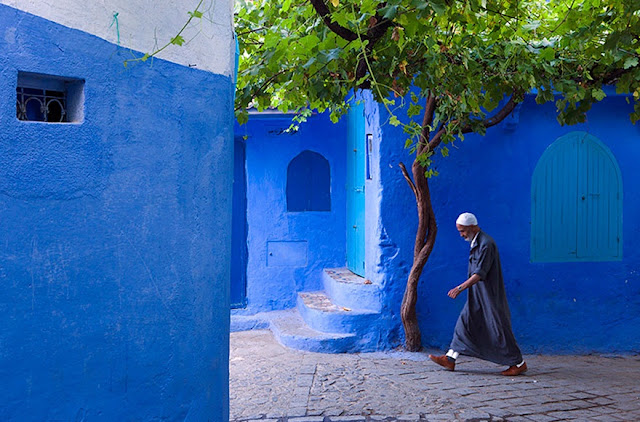 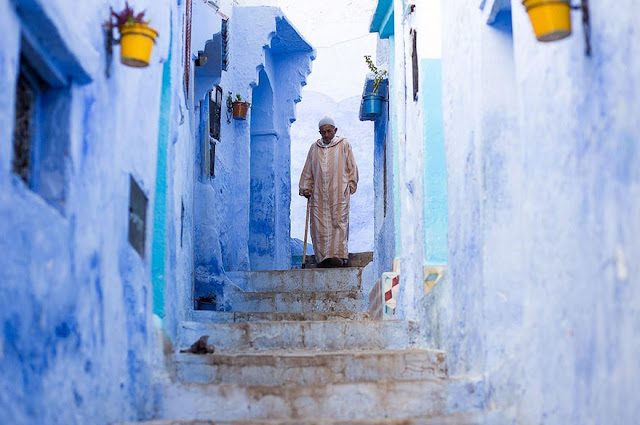 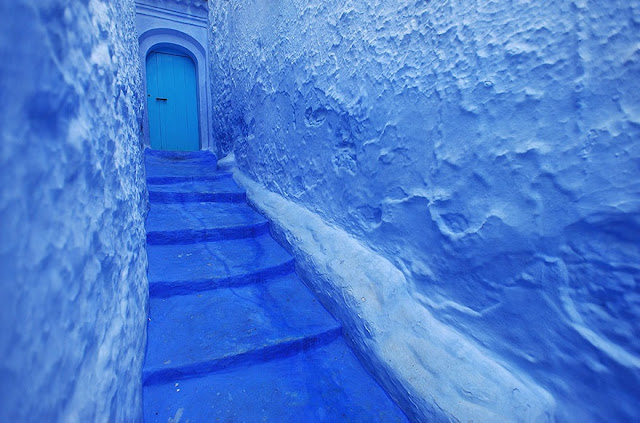 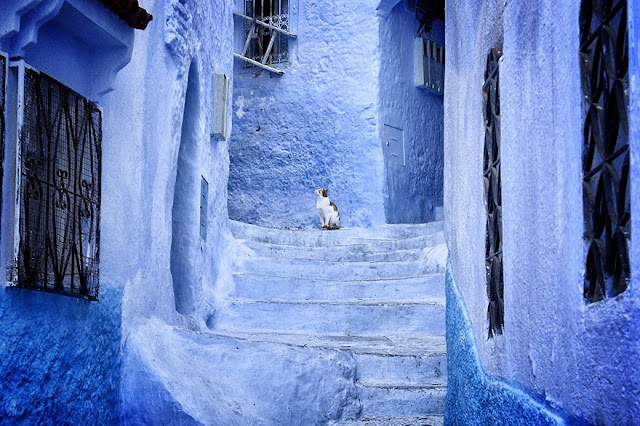 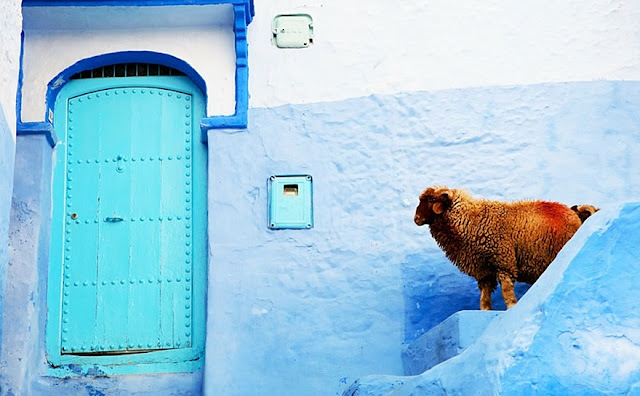 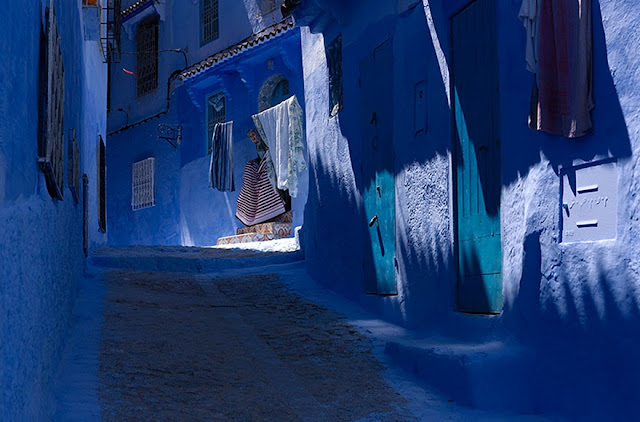 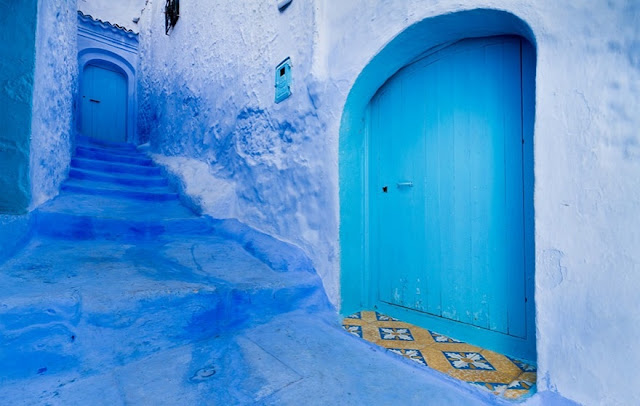 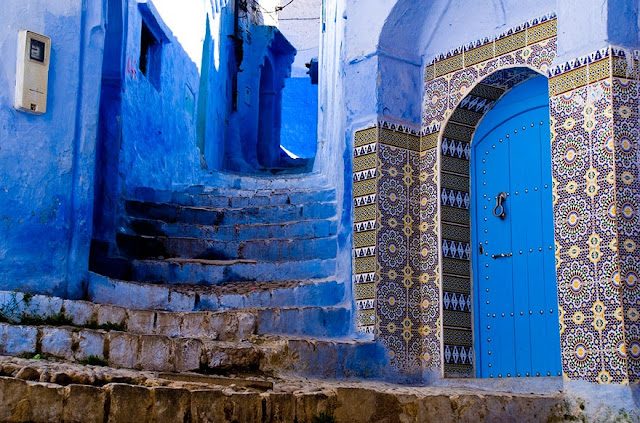 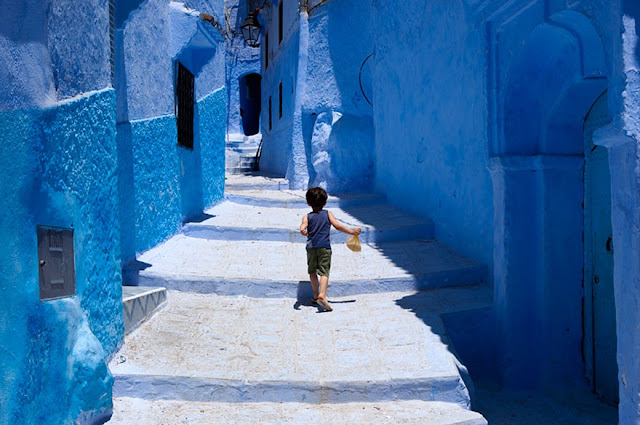 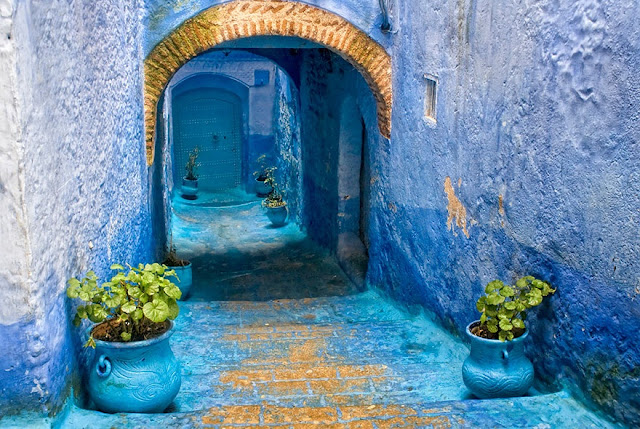 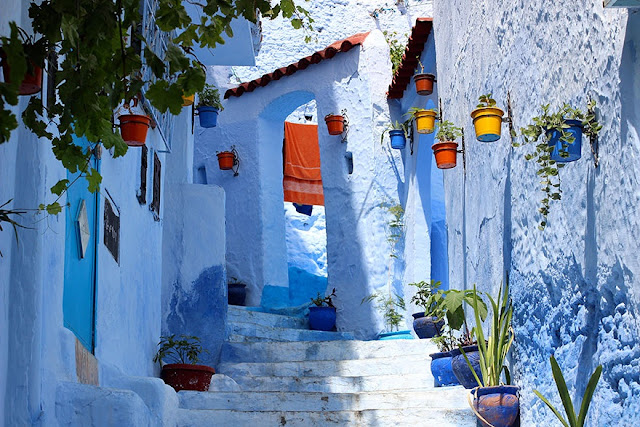 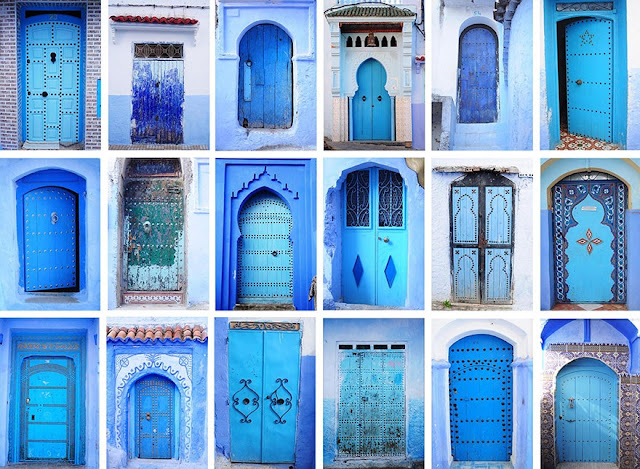 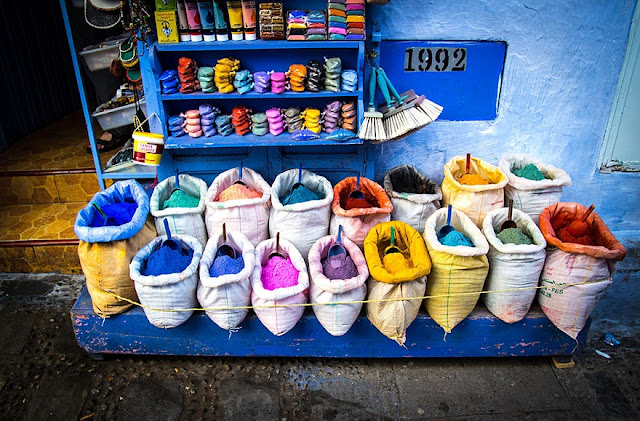 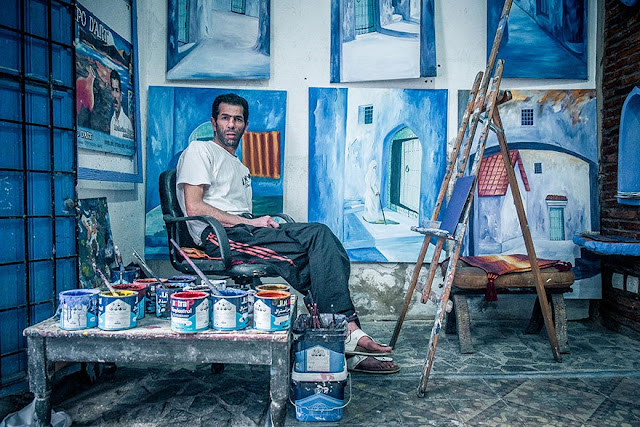 According to Patheos, Kistler also revealed that in addition to praying in the Kennedy Caucus Room in the Capitol, pastors were given access to the U.S. Senate chamber by Rep. Louie Gohmert. In the senate chamber, he said, “we got on our knees. and it sounded almost like a labor room as people were crying out to God for the revival that Chaplain [Barry] Black believes is coming and that we believe is coming.”


“To do that in the Senate chamber was an absolutely astounding opportunity,” Kistler said, “and again it puts an exclamation point on the Senate chaplain’s assessment that revival is on the way and may indeed begin in the halls of Congress.”

Thomas Jefferson understood very well how important Secularism is. But these pastors do not understand that. They do not want to understand that. They want what makes them richer and more powerful. And these very powerful people speak always "in the name of the people." They are incredibly powerful, but they cry always that they are "persecuted." They cry and scream so loud that we do not hear the voice of the really persecuted people. And that must have an end. 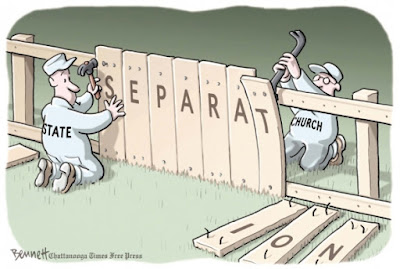 Cartoon via TRUTHDIG
Eingestellt von Kachetiendg um 4:08:00 AM No comments:

Pope Francis warned on Saturday of a "global war" against traditional marriage and the family, saying both were under attack from gender theory and divorce.

Francis made his comments in an impromptu response to a question at a meeting of the small Catholic community in Georgia (Country).

"You mentioned a great enemy of marriage: gender theory," the pope said in response to a woman who had asked about it being taught in schools.

"Today, there is a global war out to destroy marriage," Pope said. "Not with weapons but with ideas... we have to defend ourselves from ideological colonization."

The pope has used the phrase "ideological colonization" in the past to denounce what he says are attempts by rich countries to link development aid to the acceptance of social policies such as those allowing gay marriage and contraception.

Francis, who has been more accepting of homosexuals than his predecessors but opposes gay marriage, also appeared to be referring to it when he said "marriage is the most beautiful thing that God has created" adding that the Bible says God created man and woman to become one flesh.

Gender theory was formally introduced by Sandra Bem in 1981 as a cognitive theory to explain how individuals become gendered in society, and how sex-linked characteristics are maintained and transmitted to other members of a culture. Gender-associated information is predominantly transmuted through society by way of schemata, or networks of information that allow for some information to be more easily assimilated than others.

According to this theory, core gender identity is tied up in the sex typing that an individual undergoes. This typing can be heavily influenced by child rearing, media, school, and other forms of cultural transmission. Bem refers to four categories in which an individual may fall: sex-typed, cross-sex-typed, androgynous, and undifferentiated. Sex-typed individuals process and integrate information that is in line with their gender (Bem, S. L. (1981). Gender schema theory: A cognitive account of sex typing. Psychological Review, 88, 354–364).

Gender theory is broadly the concept that while a person may be biologically male or female, they have the right to identify themselves as male, female, both or neither.

Pope Francis is for many Georgian LGBT activists and feminists a "true Christian." These poor people are happy that they are not burnt, as in the Middle Ages. They do not understand that the Catholic Church is its enemy, as always. This news is a good evidence for this bitter reality. 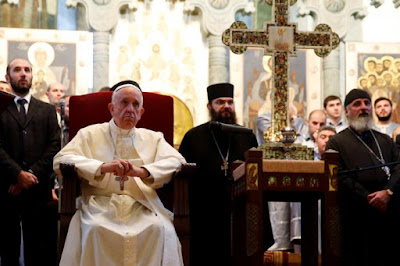 “Win or lose, Donald Trump will probably be the last ’50s guy to run for president — and, frankly, that is something to be thankful for.” 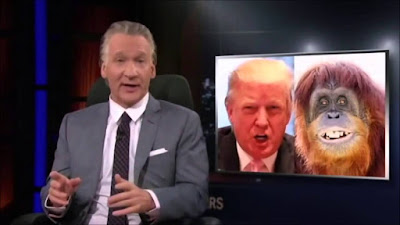 Bill Maher. Image via YOU TUBE

The open-minded host of HBO’s “Real Time With Bill Maher” pulled no punches Friday night during his New Rules segment, equating the mindset of Donald Trump as being 60 years behind the times.

“I think that putting a wife to work is a very dangerous thing,” Trump said in the interview. “When I come home and dinner’s not ready, I go through the roof.”

Maher said that when Trumps talk about taking America back to the way it was, they mean a time when women stayed at home, blacks were not seen, lesbians were called “roommates” and men could put down “sexual harassment” under the skills section on their résumé. And that's absolutely true.

“This is where they want to take it back to — 1959, when life was still in black and white, before the ’60s came around and ruined everything with color,” Maher said, showing a picture of Martin Luther King Jr. “Trump never fully adapted to color — that’s why he’s orange.”